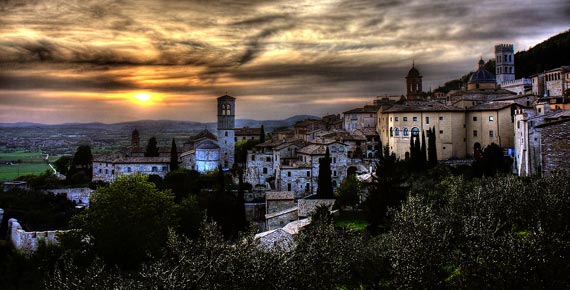 “There is a continuous comparison between the entries, because we draw from the same repertoire. The holiday classic is one of the rare cases of comparison in the pop and I think Frank Sinatra and Celine Dion did good works. The song I like best is Tu scendi dalle stelle- You come down from the stars. When I was a child if the priest did not do it I felt bad” says the italian singer.

The relationship between art and music will be repeated in the traditional Christmas Concert in Assisi, Saturday 19 December at 11:30. Protagonists will be the voice of Andrea Bocelli, Steven Mercurio’s baton and Orchestra Sinfonica Nazionale della Rai (Italian Television Symphonic Orchestra) in the amazing scenery of the Upper San Francesco Basilica.

Assisi is located in the central part of Italy, in Umbria Region. Every year it attracts hundreds of tourists coming to see the Church of San Francesco painted among others by Giotto.  This is the XXIV edition of the Christmas Concert, that will be broadcasted in Eurovision on Raiuno channel on December 25 at 12.25, after the Pope’s Urbi et Orbi speech.