Travelling to Europe can be one of the most fantastic travel experiences you will ever have. It is undoubtedly the greatest holiday destination in the whole world.

Travelling Europe allows you to witness and experience some of the oldest and most historic sites in human history. It is also an awe-inspiring trek into the unknown – a land that has witnessed the rise and fall of many great empires and the evolution of civilization itself over the ages.

The continent … Read the rest

There are several main characters, such as the miller’s daughter, the Mugnaia in Italian, having the General … Read the rest

While visiting the Egyptian Museum, you will find so many Gods and Goddesses, and you will ask yourself why there are so many of them and what they are related to.

Ancient Egyptians believed in several magical practises, myths and stories, each of them related to a specific God or Goddes. All of them are important, even if it could be hard to believe for us.

The Monteriggioni Castle is located on the summit of the Mount Ala, because the the so-called podestà Guelfo da Porcari wanted to dominate all the Sienese territory, especially because he wanted to gain control over the Staggia valleys and both the Via Cassia and the Elsa, some very important streets going directly to Florence.… Read the rest 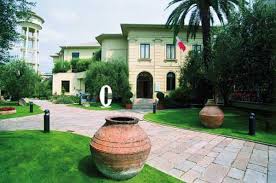 Oil, as you know, is a very important ingredient in the Italian cuisine, that’s why around the country you can easily find some museums dedicated to the olive tree.

One of the most important ones is the Fratelli Carli‘s one, located in Imperia Oneglia.

Having won the Award for European Museum of the Year, this museum shows how the Carli’s brothers have dedicated their family history to the olive tree, which is the symbol of this highly … Read the rest 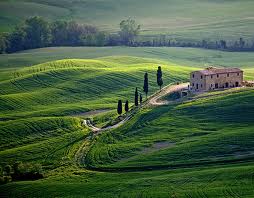 According to some legends and a poem by an anonymous, Domenico Tiburzi, was the bandit who lived in the Maremma during 19th century.

There are both supporters of this theory, pointing the finger to him as responsible of 20 homicides, since he was very cruel, and the defenders, who, even today, keep saying he was nothing but a romantic hero who was helping the poor people by stealing from the rich ones.

Tiburzi’s mission, as some supporters call … Read the rest

We use cookies to ensure that we give you the best experience on our website. If you continue to use this site we will assume that you are happy with it.OkRead more